The Eurasian beaver (Castor fiber) is a large herbivore, a mammal that was formerly native to UK shores and once played an important part in our landscape from prehistoric times until it was hunted to extinction in the 16th century for its fur, meat and scent glands. The loss of this charismatic species also led to loss of the mosaic of lakes, meres, mires, tarns and boggy places that it so brilliantly built.

We want to bring these brilliant mammals back to Dorset, but we need your help!

Why are beavers important for Dorset?

Beavers are often referred to as 'ecosystem engineers'. They make changes to their habitats, such as digging canal systems, damming water courses, and coppicing tree and shrub species, which create diverse wetlands. In turn these wetlands can bring enormous benefits to other species, such as otters, water shrews, water voles, birds, invertebrates (especially dragonflies) and breeding fish.

Beavers and the landscapes they generate benefit both people and wildlife because:

You can read the Devon Wildlife Trust beaver trial report here. This five-year trial started with two family groups in 2015 which have now bred and dispersed throughout the catchment. This fantastic report outlines the findings of the research programme.

Help beavers across the UK

Beavers are making a come back, but their future isn't secure yet. Together with The Wildlife Trusts we're asking the Government to publish a beaver strategy for England.

Will you help us bring back nature's engineers?

After a 400-year absence, we are planning to reintroduce beavers in an enclosed trial. We want to study a pair of beavers to see the difference they make to an enclosed area and waterway.

We have a potential site and have secured a significant part of the total funding needed to start the project. However, we still urgently need to raise the last £20,000 to make this happen and deliver the full project.

For every £1 that you give, £10 in match funding from grants could be released; which means that your donation, no matter how big or small, will make a considerable difference. 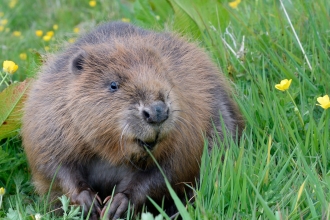 Get beavers back in Dorset
Donate now 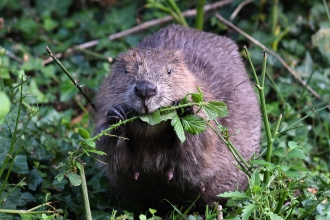 Help us to relocate our newest residents
Donate now 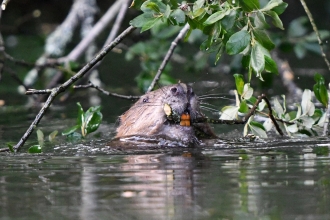 Help us see the lives of these amazing creatures
Donate now

Get updates on our conservation work, news and Beaver Project