How to make a coastal garden

How to make a costal garden

How to make a coastal garden

Coastal gardening can be a challenge, but with the right plants in the right place, your garden and its wildlife visitors can thrive.

The salt-laden winds that buffet our shores cause damage to plant limbs and stunt growth. Plants have to be specially adapted to cope with the salt, which causes leaf-burn and defoliation. The soil is unlikely to be first-rate either: light, sandy, lacking in nutrition, unable to retain moisture and probably containing a high salt content. Rainfall can also vary from meagre to copious, depending on which side of the country you live on.

The good news is, with the right plants, there’s no reason why our maritime regions should not enjoy the same wealth of wildlife as the rest of the country. The insects, birds and other creatures to be found along our shores have all adapted to the often harsh environment, and many are exclusive to this particular habitat. For instance, some birds, butterflies and moths make the flight across the North Sea and the English Channel to set down in desirable habitats on our east coast.

The insects, birds and other creatures to be found along our shores have all adapted to the often harsh environment.

Choose well and plant in the right place and your garden will thrive. Plants that are suited to biting, salt-laden winds and free-draining soil or gravel will do best. Those with small, leathery, silvery or glossy leaves tend shrug off the windy, salty onslaught. Shrubs and perennials, such as sage, rosemary, lavender, holly and buddleia, will also withstand severe conditions.

As in any other garden environment, if you provide food, shelter, a source of water and aren’t too tidy, the wildlife will come flocking. For the coastal garden, the most important of these is shelter. Once established, resilient trees and shrubs will act as a windbreak, making all the difference to your visitors.

When selecting plants, a clue to their seaside-worthiness is often in their Latin name. Those with the specific epithet (the second part of the Latin name) ‘maritima’ or ‘littoralis’ will have coastal tendencies. For instance:

As well as New Zealand privet, other shrubs and trees that are good for hedges and shelterbelts are tamarisk, oleaster, escallonia, holly and rowan. Poplars are quick-growing, which is useful when trying to establish a wind break.

Hebes, buddleia, sedums, ivy, cotoneaster and heather will attract butterflies, bees and birds without being out of their comfort zone.

Even in areas with higher than average rainfall, the poor soil quality and higher levels of salt can cause increased moisture loss. Mulch the beds to try to prevent as much moisture loss as possible. Digging in some well-rotted manure will also help sandier soils to conserve moisture.

Feeding plants, especially young ones, is very important. Gather seaweed for a handy fertiliser and dig it straight into the soil, making sure you wash off any surface salt first.

Poor, light soil can be prone to erosion by the wind. Use plants with fibrous root systems, such as grasses, to prevent the soil blowing away.

More ways you can help wildlife 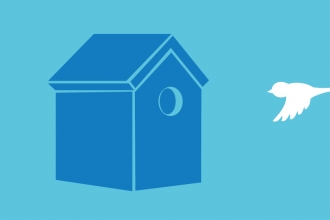 How to clean nestboxes and bird feeders

Nestboxes can harbour parasites so it is good practice to take them down at the end of the season and give them a clean. Likewise it is… 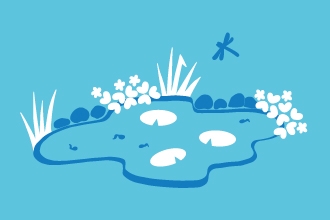 How to create a mini pond

Even a small pond can be home to an interesting range of wildlife, including damsel and dragonflies, frogs and newts.