Re-opening the hides and the reserve, welcoming groups of visitors and keeping a close eye on the island's thriving wildlife, Dorset Wildlife Trust’s Poole Harbour Reserves Manager, Luke Johns rounds up the latest news from Brownsea.

We’ve been busy on Brownsea with island operations returning to near normality with the easing of restrictions. It has been wonderful to see our volunteers return to help us prepare the hides and re-start the working parties, with visitors coming to enjoy all the amazing wildlife on show during the summer months on Brownsea.

The main focus of the work parties has been removing the invasive pond weed, Crassula hemsii from areas of the reserve. This non-native highly invasive species will cover entire water bodies if given a chance and shade out native species of flora. Unfortunately, nothing eats it and needs to be removed year on year to reduce the spread. Crassula has been removed from areas of the wet meadow by the Villa, ponds alongside the diagonal path and areas within the reedbed so far by the conservation work party. The fence building outside the Villa has continued with the maintenance team and chestnut railings are almost complete. The tractor has a new exhaust box after the old one had developed a leak. Some new routed tree signs have been produced for the arboretum in Venetia Park.

60 children from Archbishop Wake Primary, who completed their Gold, Silver and Bronze Wildlife HERO Award visited Brownsea over two days to enjoy their fully funded ActivityTRIPs. A lovely new workbook accompanies the trip and the children tried their hands at whole host of activities including pond-dipping, bird-watching, sweep-netting and bracken-bashing. A big thank you to everyone who helped Jonny, especially volunteers Mitch Perkins and Catherine Wright, who were as generous with their time as they were brilliant with the children! Looking to Activity Groups, we have some excellent news regarding the launch of the Activity Groups - after a lot of hard work in the planning, we received final sign-off from the National Trust giving the go-ahead for the Youth Marine Wardens to start in August. Thanks to Angela, Liv, Gemma and Rob at National Trust for their help as well as our partners Oceans to Earth and Jurassic Watersports. Thanks also to Anthony Vickery who has offered the use of his boat as a licensed support vessel.

Winchester 12th Scouts came to Brownsea in July for a morning with Jonny learning about Brownsea’s wildlife, conservation careers, the Wild Brownsea newsletter and to help with a bracken-bash in Venetia Park. We have booked two more Explorers’ visits with Dorset Goes Wild, a group run by BCP Council engaging young people to respond to the climate and ecological emergencies. We have also set a launch date for Young Conservationists – this will be a hands-on practical group aimed at people aged 13 to 17 interested in wildlife. They will get involved in practical conservation tasks, surveys and monitoring, as well as blended learning workshops which can lead on to our Introduction to Nature course and AQA qualifications. Thank you to Susanna Holford for helping to promote the groups – anyone who knows a young person who might be interested, please contact Jonny (jowen@dorsetwildlifetrust.org.uk). 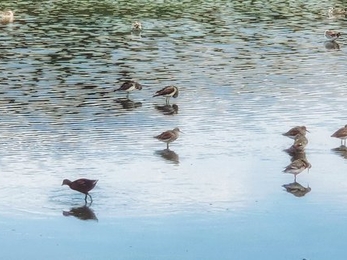 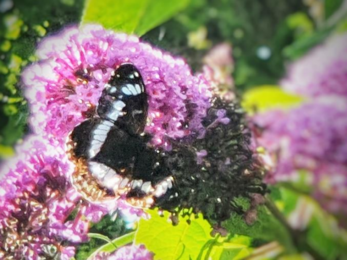 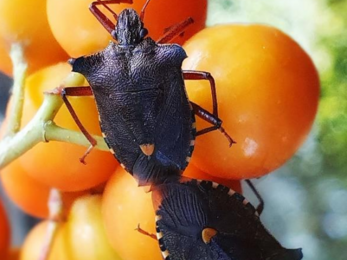 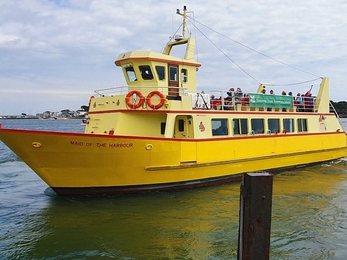 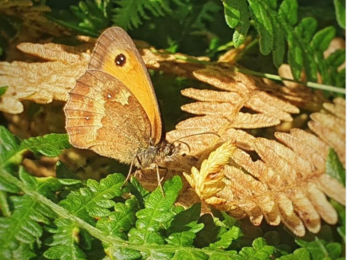 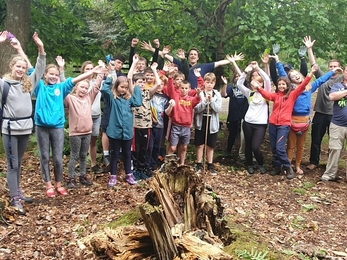 The mixed bag of weather has brought a mass emergence of various flying invertebrates over the last few weeks - gatekeeper butterflies, common and ruddy darter dragonflies emerged within a week of each other en masse, adding colour to the bramble and paths that they rest on.

The first Sandwich tern has fledged as predicted and many more have chicks. Common terns have been fledging gradually throughout the month too, but some remain with newly hatched chicks as well. It has truly been a strange year with many newly hatched black-headed gull chicks and juveniles of various ages. A few wader species have started to return from the breeding grounds with black-tailed godwit, redshank, greenshank and dunlin returning regularly.

Lagoon counts this month include:

• Avocets have returned with one seen recently.

• Solitary spoonbills have been seen on occasion.

• Curlew have been largely absent but 8 were seen at the end of the month.

• Oystercatchers have been above 170 in number at high tide but the nesting pairs have managed to get at least 4 chicks to fledging age around the lagoon.

• Black-headed gulls have produced over 176 chicks on the lagoon this year with many more present in the reedbed. Lots of fledgling juveniles are now present from elsewhere with numbers rising to over 500 birds.

• Bar-tailed godwit have been largely absent.

• Up to 59 Black-tailed godwit have been present at high tides.

• Redshank have returned regularly with a steady rise to 50+ in number including juveniles.

• Greenshank have become more regular visitors with 17 present one day including juveniles.

• Mallards are having second broods with some newly emerged ducklings and fledglings.

• The shoveler with 4 ducklings seen last month still has 2 with her when she was spotted recently. Soon to be fledglings we hope!

• 6 almost fledgling teal were spotted in the reedbed more recently with an adult guarding them. The first to raise young for a number of years on the island.

• Shelduck seem to have a good year for ducklings with over 150 ducklings seen across the island of at least 20+ broods. Final fledglings are around the 30 mark which indicates a successful year.

• Canada geese number 30 plus with no goslings amongst them. The hybrid pair of Canada and greylag have successfully fledged one gosling so keep an eye out for an odd coloured greylag as it seems to have retained the bill colouring of orange.

Nightjars seem to be settled onto their second broods with some activity at the main heath block and around the lakes. Juveniles have been hard to find this year with nests away from their usual places. Consistently high levels of water in the reedbed due to the regular rainfall has increased water vole sightings as more have ventured to swim to the path edges which are normally muddy dry margins. Small red damselflies are also out in force with azure and common blue also present in their hundreds around the water bodies. Black-tailed skimmers and keeled skimmers have all coloured up in their blue splendour too and are plentiful. The first white admiral in almost two years was spotted on buddleia in the Villa garden. None were seen last year at all.

The wet meadow next to the boardwalk has seen one of its best flowering seasons for the last few years. Cuckoo flower, birds foot trefoil, ragged robin and betony has previously been grazed by hungry deer but the benefits have certainly been seen of lower grazing impact this year. The fleabane that dominates the meadow in summer is just reaching flowering stage to take the mantle for nectar-loving invertebrates which will benefit after most of the other flowers have died back.

Moth traps have been a bit trickier with wet and windy weather. When the weather has allowed, moth-traps have produced good abundance and number species with lots of pine and poplar hawkmoths, buff-tip, orange and four-spotted footman as well as brown-tail. Squirrels have been taking their characteristic ‘siesta’ at this time of year enjoying the shade of their dreys for much of the day.

In the past month we've welcomed over-wintering birds, a white-tailed eagle, volunteer work parties and a host of wonderful…

How you can help butterflies