In the past month we've welcomed over-wintering birds, a white-tailed eagle, volunteer work parties and a host of wonderful visitors from schools, nurseries, community and youth groups to the island, here's the latest news from Brownsea.

Wildlife has thrived on Brownsea in one of the warmest Septembers on record – plenty of dragonflies and butterflies around although the wintering bird numbers are building, a reminder that cooler times are just around the corner. Felling works associated with the Countryside Stewardship project have started within the Dorset Wildlife Trust woodlands with the aim of thinning woodland to provide light to the ground and create wooded heath, and margins of heathland habitat. Wooded heath will create more habitat for pollinators and our native reptiles but still provide a source of food for red squirrels. Our practical conservation work parties have been hard at work removing invasive pond weed from wetland areas and the maintenance team have been busy building new fences and keeping on top of smaller jobs around the reserve too.

Preparations are being finalised for the launch of the Marine Wardens group. We are looking for suggestions for a new name that better reflects the remit of a shoreline ranger role. So far ‘Coast Rangers’ is the front runner, but all ideas welcome please. We are very grateful for all the support from the community – the John Lewis Partnership have donated funds which will help to pay for vital resources for the group including safety equipment. Thank you to our support boat skipper, Anthony, who kindly took Jonny and Ben out on the boat for some familiarisation.

Young Conservationists launched in October. Interest in the group has been phenomenal with three young people applying for each place. More thank yous: Amelia Cantell has been recruited to support Jonny with activity groups as our Volunteer Youth Coordinator and has already helped to review group literature! Thanks also to Kara Guppy from Tesco Branksome who kindly agreed to sponsor the group this month with very generous donations of refreshments and equipment. This will make all the difference – or perhaps I should say ‘Every little helps!’

Plans for the Cameron Bespolka Memorial lecture at Winchester College are now finalised which we will be giving to 500 primary school children, as well as helping to run a competition for all the schools involved and providing an Activity Trip to Brownsea for the winning class. 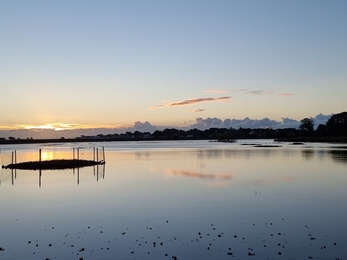 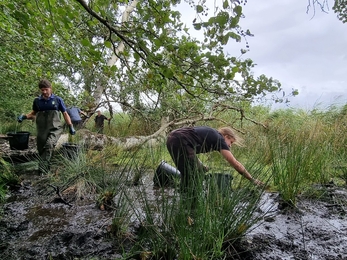 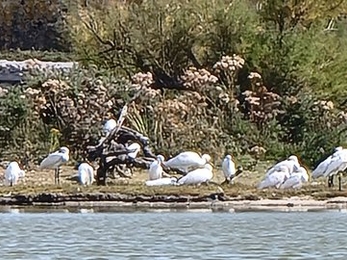 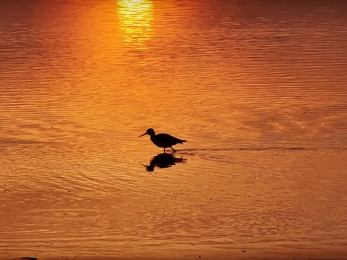 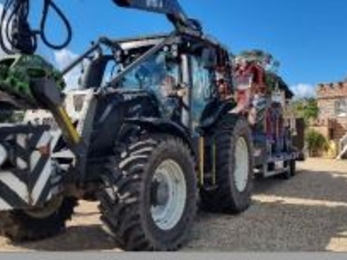 One of the aims of the Wild Brownsea project is to engage with people who have never visited Brownsea and we have been working towards this with Colleen Smith-Moore who runs the Wild Paths traineeship programme. Together Colleen and Jonny are initiating an Equality, Diversity and Inclusion working group to look at what the Trust can do to broaden its audiences. The informal Disability Champions community panel who have helped us with Wild Brownsea will likely become an Equality and Diversity panel to help Trust-wide, and we are excited to see how this will develop beyond Brownsea.

Some of the wardens and volunteers were very privileged to see a White-Tailed Eagle land on the lagoon. The ringed juvenile bird was one of the released chicks from 2020 off the Isle of Wight. The bird has since roosted on the Northern Shore and was seen passing through various places in Dorset before making a journey back to the Isle of Wight a few days later.

Other rarer sightings on the lagoon have included cattle egret and great white egret with ospreys seen on a few occasions too. White storks from the reintroduction project at the Knepp estate passed through Poole Harbour and Swanage on migration too with 36 seen off South Shore heading across to Brands Bay. Spoonbill numbers have risen to 40 at peak this month with varying numbers present most days. Their behaviour changes when there are a few around, climbing around the tamarisk islands of the lagoon and playing with branches when active. Grey plover have arrived as well as larger numbers of wigeon and teal which is usual for the month of September.

Lagoon counts this month include:

• Dunlin have increased to over 200

• Avocets have increased to 40

• Spoonbills have built to 40 in number

• Up to 8 gadwall have been present

• Oystercatcher numbers have built up to over 400

• Greenshank have peaked at 18

• Up to 8 bar-tailed godwit have been seen

• Shoveler numbers have increased to 15

• Teal have built in number to over 500 now present

• Large flocks of Canada geese have been seen in their classic V formation with 86 present on the lagoon.

Water voles have been spotted regularly with a particularly dark individual spotted crossing the Villa road track in the same location. Sika deer are moving into their rutting season, and the stags are starting to call in the mornings and evenings. Only common darter and the odd weathered black-tailed skimmer dragonflies remain at the end of the month. Hamish spotted a red-veined darter at the end of the month, a rare record for Dorset this late in the year. Moth traps have remained infrequent as the weather changes, but have revealed autumn species such as large yellow underwing and canary-shouldered thorn in good numbers. Red squirrels are becoming increasingly easy to see as they continue to feed and cache. The chestnuts are starting to fall (albeit some of them early due to the high winds) and the squirrels are now being spotted carrying them away. During their regular bird box checks the National Trust BIVW team found a nest with three kits at Seymer’s - let’s hope the abundance of chestnuts this year sees them through the winter!

Re-opening the hides and the reserve, welcoming groups of visitors and keeping a close eye on the island's thriving wildlife,…

We’re delighted to be back on Brownsea

We've been delighted to welcome visitors back to Brownsea Island. Find out what changes we have made and what the future holds...…