Nicki is the Brownsea Island Engagement and Reserve Officer. She has been working on Brownsea Island for over 10 years now, working for the National Trust and volunteering with DWT, before she landed her dream job with DWT as a warden.

Discover the wildlife that has been making Brownsea Island its home in Summer 2020.

What a scorching summer it has been so far! The Wild Brownsea team have been hard at work on the island and have been spotting some fascinating wildlife.  Our Engagement and Reserve Officer Nicki Tutton and Project Officer Jonny Owen tell us more…

Living on Brownsea Island in the DWT Villa is such a privilege.  We are so lucky to have so many dedicated and wonderful volunteers to help us, especially in our wildlife garden. (*Special thanks to Margaret, Bill, Gail and the team.) It’s been buzzing with wildlife, we have seen so many butterflies on the buddleia including peacock, red admiral, large & small white and the occasional brimstone, silverwashed fritillary and comma. Around the reserve we have also had a second generation of holly and common blues, as well as small coppers. Perhaps the most surprising sighting was six purple hairstreak on an oak tree. We have had historic and anecdotal sightings but no recent formal records, so that has been great to see.

The Brownsea team has been carrying out  regular butterfly and dragonfly surveys, and we have spotted broad-bordered and hummingbird hawkmoths, emperor dragonflies, as well as keeled and black-tailed skimmers along with common blue, azure, large red damsels as well as handsome blue-tailed damsels.

Out on the lagoon it has been a busy time for our nesting birds. Both our sandwich and common terns have now fully fledged and have dispersed around the harbour, with most sandwich terns already beginning their almighty migration to southern Africa. They’ve had a successful season with 161 sandwich tern and 128 common tern chicks fledged. We have also had more than 200 black-headed chicks fledge from the lagoon and the reedbeds. Now we’re in that strange crossover period where summer breeding birds are leaving, winter waders are arriving, and several species of duck are moulting!

We have also had sightings of oystercatchers, 122 common redshanks, 170+ dunlin, 5 spoonbills, a ringed plover, several blackwit, buzzards, shelducks and ducklings, siskins, sparrow hawk and even a peregrine on the sea wall.

We are also delighted to welcome our new trainee Alex, who joined our team this month. So, as you can see, there’s lots going on and so much more to do. Our Wild Brownsea project may have been delayed by Covid-19 but we are ready and raring to go. 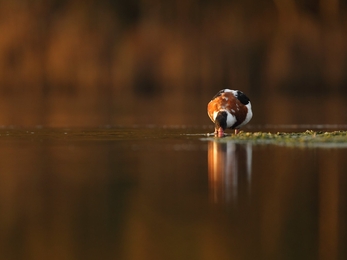 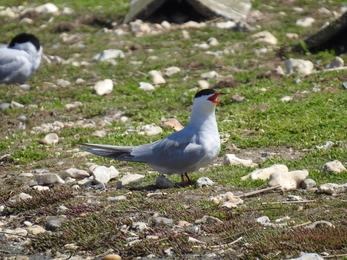 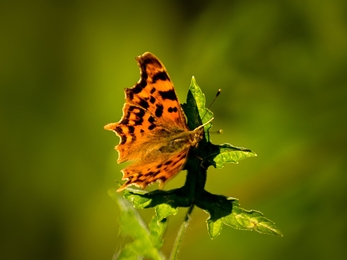 Comma butterfly © Sculpture by the Lakes 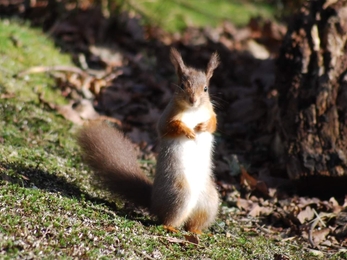 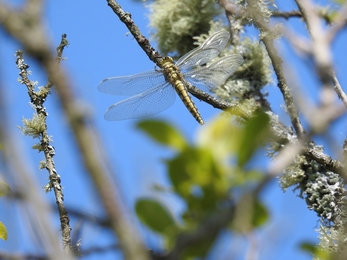 Brownsea Island - an insight into island life during lockdown

Brownsea remains closed to the public with response to the spread of Covid-19, but wildlife is getting on with things as normal during…

As we all stay at home and practice social distancing to help stop the spread of Covid-19, DWT is pleased to be able to bring some of…