Dorset's marine life is incredibly diverse and hosts a range of nationally important species and underwater habitats - in this post, Marine Policy and Evidence Manager, Peter Tinsley looks at the evidence of climate change on this most precious of habitats.

Dorset is home to eight Marine Conservation Zones, four marine Special Areas of Conservation and around 142km of coastline hosting a range of nationally important species and underwater habitats from deep, tide-swept rocky cliffs to sheltered seagrass meadows. The increase in atmospheric carbon dioxide caused by human activity has created three major stressors on the global ocean – acidification, warming and deoxygenation. What the impact of these changes to the marine environment will be in the long term is of course unpredictable, but in Dorset and around the world, the hard evidence of these changes is now indisputable.

How does acidification affect marine life?

Between 1994 and 2007, the ocean sucked up about 31 percent of the carbon dioxide produced by human activity. Whilst this has tempered the effects of the atmospheric carbon increase, it comes at a price because it causes a problem for animals and plants with calcium carbonate shells or skeletons such as molluscs, calcified seaweeds (including maerl), calcifying bryozoans, such as ross coral (Pentapora) and even small organisms at the base of the food chain, such as planktonic coccolithophores, foraminifera and pteropods.  Acidification decreases the availability of carbonate ions, making it more difficult to lay down shell/skeleton, and at greater CO2 levels, will cause shells to start to dissolve. There is already evidence that the shells of pteropods are dissolving in the Antarctic and studies of Foraminifera collected in the 19th century show that they are thicker than shells that we find now.

Maerl is a slow growing calcified seaweed that can form extensive beds in shallow water, creating a loose gravel, allowing oxygenated water to penetrate to a greater depth, enabling a greater variety of species to colonise the seabed.  In Dorset, the layer of living maerl is usually sparse but there are deep deposits of the open gravel formed by the dead maerl fragments, built up over long periods, possibly thousands of years.  The dissolution of calcium carbonate caused by acidification would lead to compaction and deoxygenation of the sediment in the maerl beds and consequent loss of this habitat and the species which depend on it.  But as with everything, there will be winners and losers – there are other algae and marine plants such as seagrass which may benefit from the increased CO2 availability.

What is the impact of rising sea temperatures?

In UK waters, mean annual sea temperatures have risen by 0.8°C since 1870, and have shown a consistent warming trend from the 1970s onwards. The physical consequences of this trend include rising sea levels, changes in ocean currents, reduced oxygen and more storms. This in turn is expected to lead to changes in distribution, abundance or phenology (timing of seasonal events – spawning, migration etc) of species. We have already seen plankton species shifting northwards and with them, some fish populations.

In Dorset, the spiny lobster/crawfish was considered virtually extinct 20 years ago but is now gaining in numbers, particularly in Lyme Bay. Bluefin tuna have not seen since 1960s but are starting to re-appear in Dorset.  A group of Dorset angling boats are involved in a tagging catch and release programme to monitor numbers. There is also a marked increase in the numbers of Furrowed crab, which may be at the expense of juvenile brown crab (Cancer pagurus) numbers (in the intertidal).  Staff at the Wild Seas Centre at Kimmeridge are carrying out dedicated surveys to monitor the relative numbers of each species.

Whilst some of these warm-water species are spreading naturally, others are being introduced accidentally through shipping and movement of living resources. For instance, Pacific oyster was deliberately introduced as replacement for the declining native oyster. Warmer sea temperatures have allowed it to naturalise and it has settled in the Fleet lagoon at Chesil Beach. It is likely to form extensive crusts on rocky shores as it has done elsewhere.  Of more concern, it may form a crust on sediment shores, leading to a change of habitat. Similarly, the Manilla clam was introduced to Poole Harbour for aquaculture, but soon naturalised and spread, now supporting a wild capture fishery that is widespread in the Harbour.

Extreme weather events, such as increased storminess, affect coastal and shallow water habitats – as well as the obvious destructive force of storms there are more subtle effects.  Rocky shores are graded by their exposure to waves.  More exposed shores are dominated by limpets and barnacles (the limpets graze down any algae before they can establish) and more sheltered shores tend to be covered by seaweeds.  On a small scale, we can see this in these photos of Washing Ledge in Kimmeridge Bay – in 1993, the upper part of the ledge where the waves break was limpet dominated and bare, whereas the lower slope is a bit less turbulent and covered in seaweed – or at least it used to be. 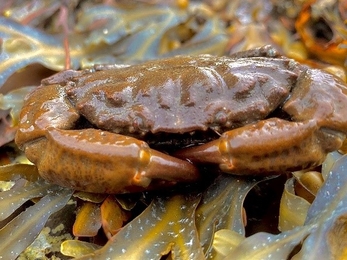 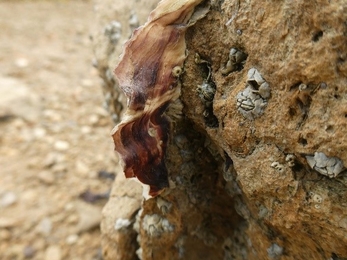 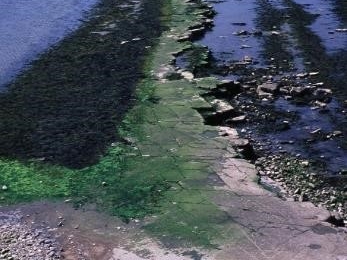 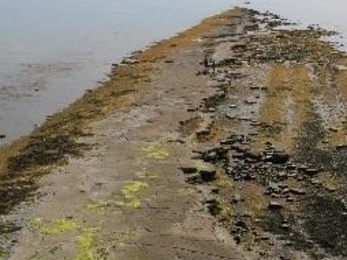 Surveying the marine environment in Dorset

The Seasearch project has been running in Dorset for over 20 years and this group of volunteer divers contribute invaluable data for mapping seabed habitats and picking up on changes in the distribution of species. The Shoresearch group of volunteers is carrying out similar surveys on the coastline, using a specific list of climate change species and non-natives to look out for. In this way, we hope to be able to provide detailed evidence of the direct effects of climate change on the Dorset coast in order to influence decision-making and take the appropriate action to protect the incredible array of marine life for future generations.

Electro fishing on the Corfe River

As the COP26 Climate Change Conference gets underway, Imogen Davenport, Director of Nature-based solutions reflects on the effects of…