Volunteers have been donning their waders, wellies and wildlife identification skills to help monitor the health of rivers in Dorset this summer as part of the new Extended Riverfly Scheme.

The standard nationwide Riverfly survey is designed to detect a serious pollution event, by sampling, identifying, and counting 8 invertebrate groups, the aquatic stages of mayflies, caddisflies, stoneflies as well freshwater shrimps.  However, some rivers support a different range of invertebrates, and are more complex.  With funding from the Vitacress Conservation Trust, the Freshwater Biological Association, DWT and the Lincolnshire Chalk Streams Project are working together to develop a scheme of 33 invertebrates to help provide a more comprehensive analysis of our rivers and streams – also known as the Extended Riverfly Scheme.

The basis of the survey is ‘kick sampling’ which involves gently kicking the bottom of the river, then waiting with a net for three minutes to catch and identify the species which are released. They are then quickly and safely returned to the river.

DWT Rivers Manager, Amanda Broom said, “The Extended Riverfly Scheme is a great example of citizen science in action – the people who take part love to see what’s living in their rivers and often don’t have a conservation background but are learning detailed identification processes.  There’s a huge value in what they’re doing and they’re really helping with conservation work in Dorset.”

Training for new Riverfly monitors involved has taken place this May and June at Dorset Wildlife Trust’ Headquarters in Dorchester. Two freshwater invertebrate specialists, John Davy-Bowker of the Freshwater Biological Association and Mitch Perkins formerly of the Environment Agency, guided the seventeen volunteer surveyors through the process of invertebrate identification.

The Riverfly Monitoring scheme has currently 40 monitors covering over 50 sites across Dorset.  DWT is looking for more volunteers to help ensure that the brooks, streams and rivers all over the county can be monitored.  If you are interested in taking part in the riverfly monitoring scheme, full training will be provided.  Please contact Angus Menzies on riverfly@dorsetwildlifetrust.org.uk. 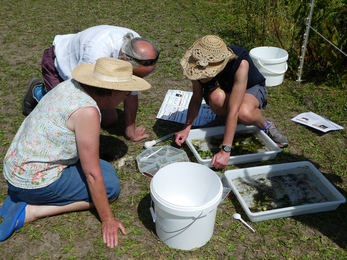 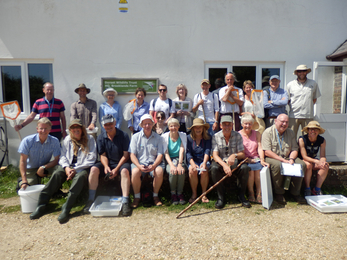 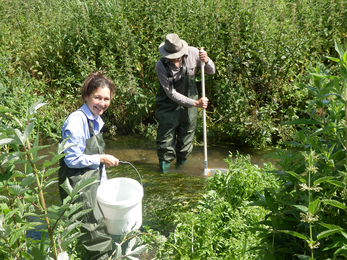 Volunteers wanted at Kimmeridge Bay and The Chesil Beach Centre

It's New Year, why not volunteer? DWT is appealing for local people to help with its wildlife conservation work in the Isle of…

Dorset Wildlife Trust (DWT) has been made aware of a rising number of otter deaths in Dorset this autumn. Most deaths have occurred on…