Will you help protect wildlife on the Dorset coast from the devastating impacts of climate change, pollution and disturbance?

Dorset is one of the most important places in the UK for marine wildlife. Marine giants like sharks, dolphins and seals can all be seen in Dorset, along
with rare visitors like leatherback turtles and even the occasional humpback whale. A rich tapestry of underwater habitats - seagrass meadows, kelp forests and rocky reefs - support  marine life including seahorses, pink sea fans and peacock’s tail seaweed.

Sadly, Dorset marine life is in trouble. Nationally, overexploitation, pollution and development have resulted in a depleted marine environment in desperate need of recovery. Our incredible marine wildlife needs your help now: it is under pressure like never before in this climate and ecological emergency.

How your donation makes a difference 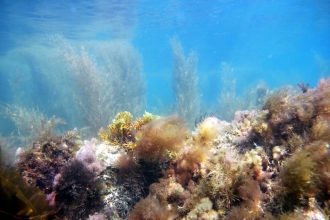 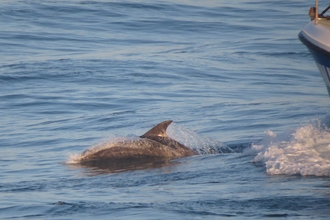 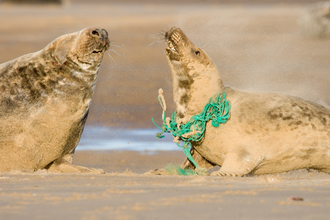 Act now to bring our seas back to life

You can help bring our Dorset seas back to life. Your support is needed to train and equip volunteers to carry out vital survey work monitoring the effects of climate change and invasive species in Dorset. Your gift can provide equipment to help remove deadly marine litter from the Dorset coastline. You can fund education and interpretation to help inspire people of all ages and backgrounds; and help monitor and raise awareness about wildlife disturbance and pollution.
We urgently need to raise £20,000 so that your Dorset Wildlife Trust team of marine experts can gather vital information needed to influence future policies and decisions. We must train volunteers in new survey techniques, buy equipment and develop materials to engage with a whole new set of marine champions.
There has never been a more critical time for the future of our seas.

Damaging impacts on our marine wildlife

Bring our seas back to life