With the increasing need for a bigger, better and more joined-up approach to nature conservation, seven leading partners have come together to help protect wildlife by creating the UK’s first ever ‘super’ National Nature Reserve (NNR)[1] on the Purbeck Heaths in Dorset.

The new Purbeck Heaths NNR ‘knits’ together 11 types of priority habitat to enable wildlife to move more easily across the landscape. This will give rare and varied wildlife, including the sand lizard, the Dartford warbler, and the silver studded blue butterfly, a better chance of adapting and thriving in light of the current climate crisis.

It is 3,331 hectares (8,231 acre) in total, expanding the current NNR in Purbeck by 2,335 hectares (5,770 acres). The new designation has resulted in a landscape-scale haven more than three times its original size[2], and similar in size to the town of Blackpool[3].
The expansion will create the largest lowland heathland NNR[4] in the country providing tremendous benefits to wildlife by allowing all species the opportunity to move around the landscape more easily.  Building resilience into the landscape will help tackle the decline in nature, with 41 per cent of species in decline in Britain since 1970[5].

It will also offer a public benefit by giving people more opportunity to explore and in turn help improve the health and wellbeing of more than 2.5 million people who visit Purbeck every year.

By working together and combining land, expertise and a common vision, the National Trust, Natural England, RSPB, Forestry England, the Rempstone Estate, Dorset Wildlife Trust and Amphibian and Reptile Conservation, along with other landowners and managers, are taking important strides forward in landscape-scale conservation and nature recovery.

This super reserve is a rich mosaic of lowland wet and dry heath, valley mires, acid grassland and woodland, along with coastal sand dunes, lakes and saltmarsh.  Conifer plantations are also being carefully restored to heathland[6].

Natural England Chair Tony Juniper said: “This new super nature reserve is a great example of what can be achieved through partnerships and collaboration. It demonstrates how by working together we can secure a brighter future for our wonderful natural environment. By creating bigger, better, and more joined-up wild places like this one, we will achieve big benefits for both people and wildlife.

“In facing the twin and deepening challenges of global heating and wildlife loss, we need to think and act on a larger scale. Today’s move marks a shift in gear and a new era for nature recovery in England. Comparable ambition is visible in other partnerships that are established or forming across the country, not only setting the scene for species recovery, but also increased resilience to climate change.”

Brian Bleese, Dorset Wildlife Trust’s Chief Executive (acting), said: "We’re delighted to be part of this partnership to increase the network of wild spaces for the benefit of wildlife and people. Brownsea Island, as part of the Purbeck Heaths National Nature Reserve, will help to demonstrate the value of our natural environment and to inspire more people to make wildlife and nature part of their lives. Regular contact with nature has enormous health and wellbeing benefits."

Mark Harold, National Trust Director of Land & Nature, said: “For generations to come, Purbeck Heaths will be at the heart of a healthy, resilient landscape brimming with wildlife. As well as creating a special place for wildlife to recover and move around freely, we hope to inspire people to engage with nature and explore the great outdoors.

“All the rare and beautiful wildlife living in and beyond the reserve will benefit hugely from a landscape where habitats are bigger, in better condition and better connected – and where natural processes are restored. Here they will be able to spread and build more resilient populations.”

Purbeck Heaths is one of the most biodiverse places in the UK – home to thousands of species of wildlife, including 450 that are listed as rare, threatened or protected. Indeed, Purbeck includes the richest recorded 10km square for biodiversity in the UK.

At least 12 species of bats live on the NNR. The Purbeck Heaths are some of the last strongholds for many specialist insects and other invertebrates, such as southern damselflies (Britain’s rarest dragonfly) and the Purbeck mason wasp. This reserve is also home to Dorset’s only colony of small pearl-bordered fritillary butterflies.

Rare plants include marsh gentians, great sundews and lesser butterfly orchids. And there are at least two fungi that are found nowhere else in England and Wales – the sand earthtongue and Roseodiscus formosus.

Emma Marsh, Director, RSPB England, said: “The RSPB and its partners in the Purbeck Heaths NNR have been working for decades to restore Purbeck’s heathlands and the designation of the Purbeck Heaths super NNR is a fantastic recognition of our collective success. We’re excited about the opportunity to make this an even wilder landscape, where some of our rarest wildlife can find a home. Together we’re forging ahead to achieve even more success for both nature and people at a landscape scale.”

Doug Ryder of the Rempstone Estate is a private landowner. He said: "The Rempstone Estate, together with the National Trust and RSPB, owns the majority of the heath and former heath on the south side of Poole Harbour. It includes Rempstone Forest (which is let by the Estate to Forestry England) and environmentally rich land to the south of the forest and also north to the harbour’s edge.

“The estate sees the benefit of a combined management approach to enhance the environment while balancing that with the continued need to operate a viable, rural estate for all those who derive their livelihood from it.”

Defra Environment Minister Rebecca Pow said: “I commend all of the partners coming together to deliver this landmark milestone for wildlife and people – the UK’s first super National Nature Reserve. Purbeck Heaths is a trailblazing example of how landscape-scale conservation can help wildlife thrive, improve people’s well-being, and build resilience to climate change.

“Through our landmark 25 Year Environment Plan we will deliver a greener future, and the collaborative spirit of Purbeck Heaths marks a significant step towards putting our ambitious plans to leave the environment in a better state than we found it into action.” 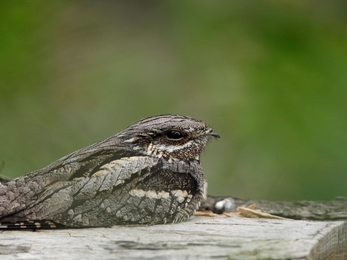 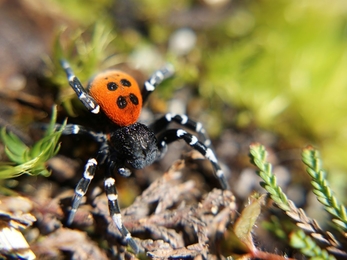