In the most significant act of fly-tipping on Dorset Wildlife Trust nature reserves this year, 60 bags of rubbish were dumped and then set alight at Powerstock Common nature reserve in West Dorset, on the evening of Wednesday 18th November.

The fire hazard was dealt with and the surrounding area made safe by a Fire Crew from Dorset & Wiltshire Fire Rescue Service.

Group Manager Richard Coleman, of Dorset & Wiltshire Fire and Rescue Service, said: “Any fire in the countryside has the potential to be devastating, particularly on nature reserves and areas rich with wildlife. You only have to look at the impact of incidents like the one in Wareham Forest earlier this year to see how quickly a small fire can spread and the damage it can cause. If you see a fire in the open, please call 999 immediately.”

Dorset Wildlife Trust Chief Executive, Brian Bleese, said “This is the worst case of fly tipping we have seen on our nature reserves in a long time. This senseless act of vandalism not only makes this wonderful nature reserve unsightly and unattractive to visitors, it is also a major drain on our resources to clear up, could be costly to remove, and, most concerning of all, poses a real threat to wildlife.”

The rich habitat of wet, damp and dry land at Powerstock Common encourages a varied mix of plants and animals. Not only is it one of the best places to see butterflies such as the marbled white and marsh fritillary, attracted by the number and variety of flowers, it is also home to an array of birds, including the willow warbler, chiff chaff and, deeper into the woods, the great spotted woodpecker.

Dorset Wildlife Trust has already spent much of the summer and autumn tackling the damage caused this year by vandalism, fly-tipping and heath fires on its nature reserves, which has scarred large areas of land, and placed many vulnerable animals and plants at risk.

In October, Dorset Wildlife Trust launched a Recovery Appeal, to cover additional costs to enable the staff and volunteers to repair, renew and rebuild some of this damage. This most recent, most significant example of fly-tipping will require yet more clearing and rebuilding. Click here to support the vital restoration of wildlife and wild places in Dorset. 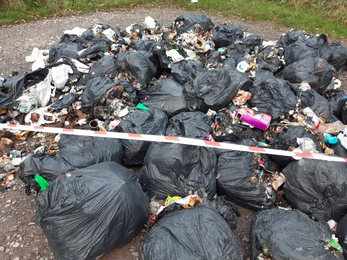 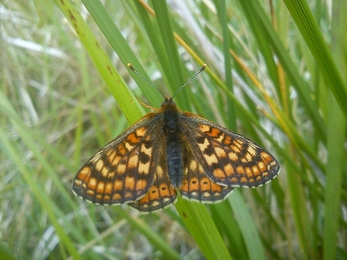 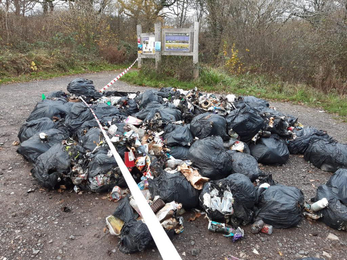 Response to Britain’s ‘new deal’: Nature must be at the heart of the economic recovery

Beavers Build Back Better – but their future is not secure

Beavers create thriving ecosystems helping us to put nature firmly back on the road to recovery. The Wildlife Trusts are calling for a…